A Longer View of the Middle East 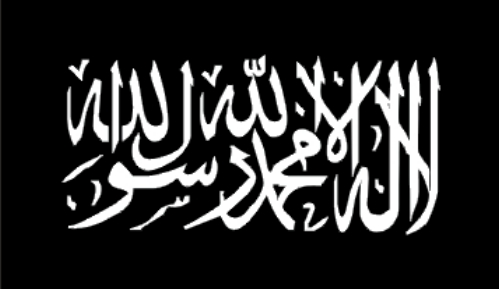 [The Salafist flag - expect to see more of it]


There are two fundamental processes emerging in the Middle East - one is the emergence of a prolonged war between Sunnis and Shi'ites.  The other is the Muslim anti-Western reaction.

The war in Iraq has become a series of attacks by the formerly ruling Sunni minority against the Shi'ite majority.  In Syria, the war has become a sectarian struggle between the ruling Alawite minority and the Sunni majority.  Alawitism is a sect of Shi'ism.  The primary Muslim support for the Alawite regime comes from Shi'ite Iran.  The recent demonstrations in Bahrain were the Shi'ite majority protesting against the ruling Sunnis and the absolute rule of the Sunni emir.  The tensions in Lebanon are spread among the large Sunni minority and the even larger Shi'ite minority.  Both minorities are armed, the armed Sunnis are led by the Palestinians in their "refugee camps" and the Shi'ite Hezbollah militia, armed and funded by Shi'ite Iran.

The rivalry across the Persian Gulf is between the ultra-Sunni Kingdom of Saudi Arabia and the great Shi'ite power, Iran.  Until the United States overthrew Saddam Hussein, Iran and Syria were the only Shi'ite governments in the world.  Now Iraq is the third.

The great Shi'ite power is Iran.  Its proxies are Syria and Hezbollah.  The two great Sunni powers are Saudi Arabia and Egypt.  Their allies are the emirates and sheikdoms on the southern shore of the Persian Gulf.  The struggles between these power blocs were until relatively recently submerged under the Ottoman rule, then British and French rule, and American influence (five of the Seven Sisters global oil companies are American).  Even afterwards, loyalties to the West or the Soviet Bloc loomed large.  Since the departure of Saddam Hussein, the chasm between Sunni and Shi'ite has grown ever larger and more contentious.

The arc of conflict runs through Lebanon, Syria, Iraq, and all the Gulf States including Saudi Arabia.   The Shi'ites though traditionally downtrodden ignorant impoverished masses, live over most of the world's oil reserves.  But only in Iran, and now in Iraq, do they control the oil under the ground they live on.  The various national states and the specifics of their politics merely obscure the fundamentals of the situation but do not greatly change it.

Turkey is also a great Middle Eastern power and technically Sunni, but it is relatively secular and, until recently, has been relatively aloof from the struggles among its Shi'ite and Sunni neighbors.

What is provoking the disorder throughout the Muslim world is the same problem we see in so many countries - how to deal with the West.  Almost everything we think of as modernity is seen, perhaps correctly, as both the fruits and instruments of Western cultural and economic penetration of Muslim countries.

A number of countries have gone through a similar series of stages.  The initial situation was to struggle to be rid of the British, French, and Italian colonial empires.  The British set sail for home from Egypt, Jordan, Palestine, and Iraq in the 1940's and 50's.  The French bade adieu to Morocco, Tunisia, Djibouti, Lebanon and Syria about the same time.  Their departure from Algeria, which had a substantial French minority, was more traumatic and more violent.   Italy had been driven out of Libya, Ethiopia, and Somalia by the Allies during the Second World War.

For a long time, in most of these countries, independence meant little except a flag and local faces in the government instead of European ones.  Economic relations now included a local elite but were generally unchanged.  European and American companies controlled narrow specialized economies.  Whole economies were based on the export of a handful of commodities, like Egyptian cotton and dates, plus tourism, in other countries, only oil.  This neo-colonial situation, as it was called by its opponents, came under pressure with the rise of the Soviet Union's funding of revolutionary movements, particularly among military officers.  The 1960's and '70's saw the rise of leftist-nationalist military dictators across the Middle East - Nasser in Egypt, Gadaffi in Libya, Suleiman in Sudan, Saddam Hussein in Iraq, Hafez-al-Assad in Syria, Boumedienne in Algeria, Yasser Arafat among the Palestinians.

But each of these governments and their successor regimes got caught up in Cold War politics.  Each tried to milk both sides for as much aid and support as they could get.  In doing so they welshed on their nationalist commitments to keep foreign influence out and foreign capital out.  The classic example is the Aswan Dam, begun by the Soviets, completed by the US.  As the US and Europe slowly prevailed in the Cold War, Western economic and political penetration increased.  Western goods, Western businesses, Western clothing, production for Western markets, Western media - movies, television, music, and lately the Web and everything on it, spread out, primarily in the cities.

With the expansion of Western businesses and trade came enormous opportunities for baksheesh, corruption, bribery, "commissions", and so on.  The ruling elites grew wealthy, particularly galling in countries where everyone else was grindingly poor.  But such is the depth of Islamic devotion and primitive xenophobia, that the great masses of the people of these countries objected, not to the corrupt concentration of wealth, but to the foreign connections it was based on.

The dictators were generally relatively secular and gave only lip service to religions as politicians do in Western countries too.  Only Gadaffi made a real attempt to combine military rule and Islam and with mixed success at best.  As the dictators became old and their regimes more clearly associated not with rebellion against foreign influences and modernity, but with participation in it, they lost legitimacy in the eyes of the populations.  They had lost their raison d'etre.

Which led to the Arab Spring, the widespread overthrow of these dictatorial regimes.  We in the West confused what we would have hoped for, had we lived under these regimes, for what the Arabs actually wanted, which was quite different.  We assumed that they would want democracy and freedom because that is what we would have wanted.  When we say "corrupt" we mean taking of money in shady dishonest ways. To Muslims, "corrupt" means something more like, "impure, un-Islamic, foreign/infidel connected, alien to Islam."  Revolution was in the air.

Now let us think back to the time of the Russian Revolution for a lesson in how revolutions work.  The initial revolution, in March 1917, led to just what the Western countries wanted, a parliament - the Duma, run initially by the Constitutional Democrat party, the so-called Cadets, led by Alexander Kerensky.  Within months the Cadets found themselves out-numbered and out-maneuvered by the bigger parties, the Socialist Revolutionary Party, the party of most of the peasants, and the Bolshevik Party, the party of the urban workers.  The new revolutionary government was soon overwhelmed by its own more radical elements and revolution broke out within the revolution.  The Bolsheviks staged a coup against the new, not-yet-well-established Kerensky government and won the ensuing civil war.  They remained in power for 72 years.

It begins to seem like much the same thing is happening in the Arab Spring countries.  The leaders of the initial revolutions were relatively secular people wanting liberal democracy, and moderate Islamists (moderate for Islamists) like the Muslim Brotherhood in Egypt.  They staged and won elections, that led to among other things, the election of Mohammed Morsi, one of the leaders of the Muslim Brotherhood, as president of Egypt.  Provisional Western-oriented governments were constituted in Libya and Tunisia.

These governments sought to normalize relations with the West.  Implicit in this normalization was the assumption that the leaders of the moderate revolutions would assume the gravy train positions until recently held by the personnel of the deposed dictatorships.  Notably the assault on our embassy in Cairo came while a delegation of CEO's and diplomats from the West were there to discuss investment opportunities with the Mohammed Morsi government.

Instead of Russia's Socialist Revolutionaries and Bolsheviks, the Arab countries have the Salafists, puritans who want to resurrect the Eighth Century Islamic society and empire of the earliest years of Islam, of the time of Muhammad and the first four Caliphs.  In terms of how modern societies and economies work, they are effectively anarchists.  While their intention is to return to the imagined purities of the founders of Islam, in order to do it they would have to reject everything Western which includes almost everything that modern life is based on.  Shari'a would become the legal and social system.  Not least, the large populations of many countries, most notably Egypt, would starve without trade with the non-Muslim countries.  Without export markets for oil, Muslim countries from Borneo to Nigeria would wither economically.

Yet the Salafists have unlimited legitimacy among have-not Muslims, the so-called Arab street, both because of, and in spite of, their eagerness for jihadi violence.  The Salafists represent Islam unsullied by a hated modern reality in which the great powers of the world are non-Muslim.  The willingness of Morsi's government to continue the peace treaty with Israel and the $1.2 billion in annual aid that goes with it, and the killing of the 25 Salafists in Sinai after they killed 16 Egyptian policemen, Morsi's willingness to maintain outwardly friendly relations with the United States, have all painted him to many Egyptians, as just another corrupt Westernizer, another Mubarak.

The ultimate aim of the Salafists is exactly what the critics of extremist Islam have said it is - to overthrow all the Muslim governments and to re-establish the Caliphate as it was in the Eighth Century when it ruled from India to Spain.  That the re-established Caliphate would soon overcome all the non-Muslim countries and establish a global Muslim state is regarded as a millennialist certainty.

But, as one newscaster, put it, Mubarak could and would have dealt with the revolutionary protests by simply shooting the protestors.  Having alienated the military by firing Field Marshal Tantawi a few weeks ago, Mohammed Morsi does not have that luxury.  Mohammed Morsi must either find a way to suppress the Salafists - good luck with that, or to mollify and co-opt them.  In any scheme to co-opt a powerful opponent, there is always the question of who is actually co-opting whom.

In the long run, the Salafists have an unlimitedly large potential audience and an endlessly fervent one.   On the one hand it is not clear how a bunch of irrational semi-illiterate religious fanatics can prevail against a sophisticated modern regime.  But if they can prevail, it would be at a time of transition when the regime is new and weak, not yet fully organized and entrenched.  Like now.